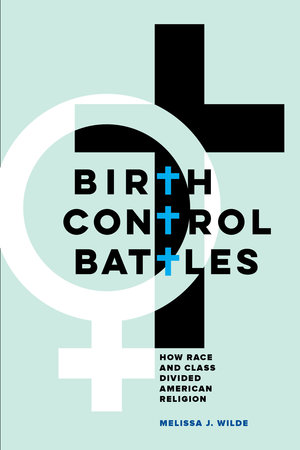 Conservative and progressive religious groups fiercely disagree about issues of sex and gender. But how did we get here? Melissa J. Wilde shows how today’s modern divisions began in the 1930s in the public battles over birth control and not for the reasons we might expect. By examining thirty of America’s most prominent religious groups—from Mormons to Methodists, Southern Baptists to Seventh Day Adventists, and many others—Wilde contends that fights over birth control had little do with sex, women’s rights, or privacy.

Using a veritable treasure trove of data, including census and archival materials and more than 10,000 articles, statements, and sermons from religious and secular periodicals, Wilde demonstrates that the push to liberalize positions on contraception was tied to complex views of race, immigration, and manifest destiny among America’s most prominent religious groups. Taking us from the Depression era, when support for the eugenics movement saw birth control as an act of duty for less desirable groups, to the 1960s, by which time most groups had forgotten the reasons behind their stances on contraception (but not the concerns driving them), Birth Control Battles explains how reproductive politics divided American religion. In doing so, this book shows the enduring importance of race and class for American religion as it rewrites our understanding of what it has meant to be progressive or conservative in America.