In Defense of Disciplines

Interdisciplinarity and Specialization in the Research University 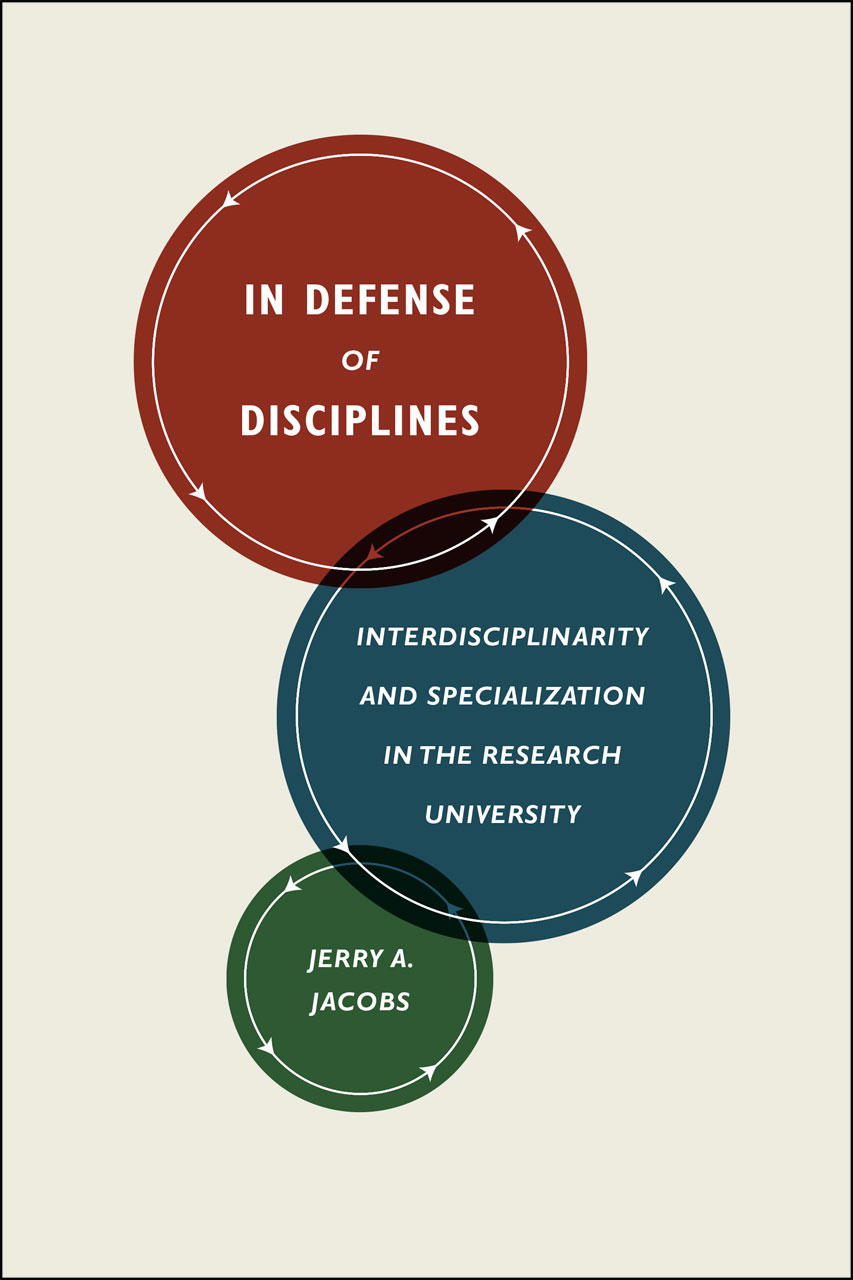 In Defense of Disciplines: Summary

Calls for closer connections among disciplines can be heard throughout the world of scholarly research, from major universities to the National Institutes of Health. In Defense of Disciplines presents a fresh and daring analysis of the argument surrounding interdisciplinarity. Challenging the belief that blurring the boundaries between traditional academic fields promotes more integrated research and effective teaching, Jerry Jacobs contends that the promise of interdisciplinarity is illusory and that critiques of established disciplines are often overstated and misplaced.

Drawing on diverse sources of data, Jacobs offers a new theory of liberal arts disciplines such as biology, economics, and history that identifies the organizational sources of their dynamism and breadth. Illustrating his thesis with a wide range of case studies including the diffusion of ideas between fields, the creation of interdisciplinary scholarly journals, and the rise of new fields that spin off from existing ones, Jacobs turns many of the criticisms of disciplines on their heads to mount a powerful defense of the enduring value of liberal arts disciplines. This will become one of the anchors of the case against interdisciplinarity for years to come.

“I congratulate Jerry Jacobs for the rigor of his research and the strenuousness of hisarguments. There is revealing new information and necessary clarity and clarification in these pages. His critique of some of the most egregious assaults on the disciplines is especially noteworthy, and the case studies are valuable. This is a book that we need.”
(Harvey J. Graff, Ohio State University)

“Jerry Jacobs’s new book provides the missing counterpoint to the fanfare for interdisciplinarycollaboration that has swept over much of academe during the last three decades. Thanks to Jacobs’s creative and painstaking research, we now know that disciplines are not the ‘silos’ they are so often made out to be; instead, they are surprisingly open to good ideas and new methods developed elsewhere. Nor are universities rigidly bound to the disciplines—instead, they, routinely foster interdisciplinary work through dozens of organized research centers. This book is more than a necessary corrective. It is a well-crafted piece of social science, equally at home in the worlds of intellectual history, organizational studies, and quantitative methods. It deserves to be read by all who care about the future of universities—defenders and critics of thedisciplines alike.”
(Steven G. Brint, University of California, Riverside)

“At a time of undue hoopla about interdisciplinarity, this is a sobering, highly readable, and data- driven defense of retaining disciplinary units as the primary mode of organizing research universities. A must read for those concerned with the future of knowledge innovation.”
(Myra H. Strober, Stanford University)

“This is a timely, subtle and much needed evaluation of interdisciplinarity as a far reaching goalsweeping around the globe. Jerry Jacobs sets new standards of discussion by documenting with great new data the long term fate of interdisciplinary fields and the centrality of disciplines to higher education and the modern research university.”
(Karin Knorr Cetina, University of Chicago)

The Chronicle of Higher Education published an essay by Jerry A. Jacobs entitled “Why the Disciplines Still Matter in its “Commentary” section on May 27, 2014. http://chronicle.com/article/Why-the- Disciplines-Still/146777/

The Chronicle of Higher Education published an essay by Jerry A. Jacobs entitled “Why the Disciplines Still Matter” in its “Commentary” section on May 27, 2014.

In Defense of Disciplines, was the featured topic in a news article in Inside Higher Education in its February 26 edition. The book will be the subject of an “author-meets-critics”discussion at five conferences, including Association for Interdisciplinary Studies (East Lansing, Michigan, October) the Social Science History Association (November, Toronto, Canada) and the American Sociological Association (August, 2015). Jerry A. Jacobs is also speaking at a National Science Foundation workshop on the evaluation of interdisciplinarity in Washington DC in October 2014.