How the Work-First Idea Eroded College Access for the Poor 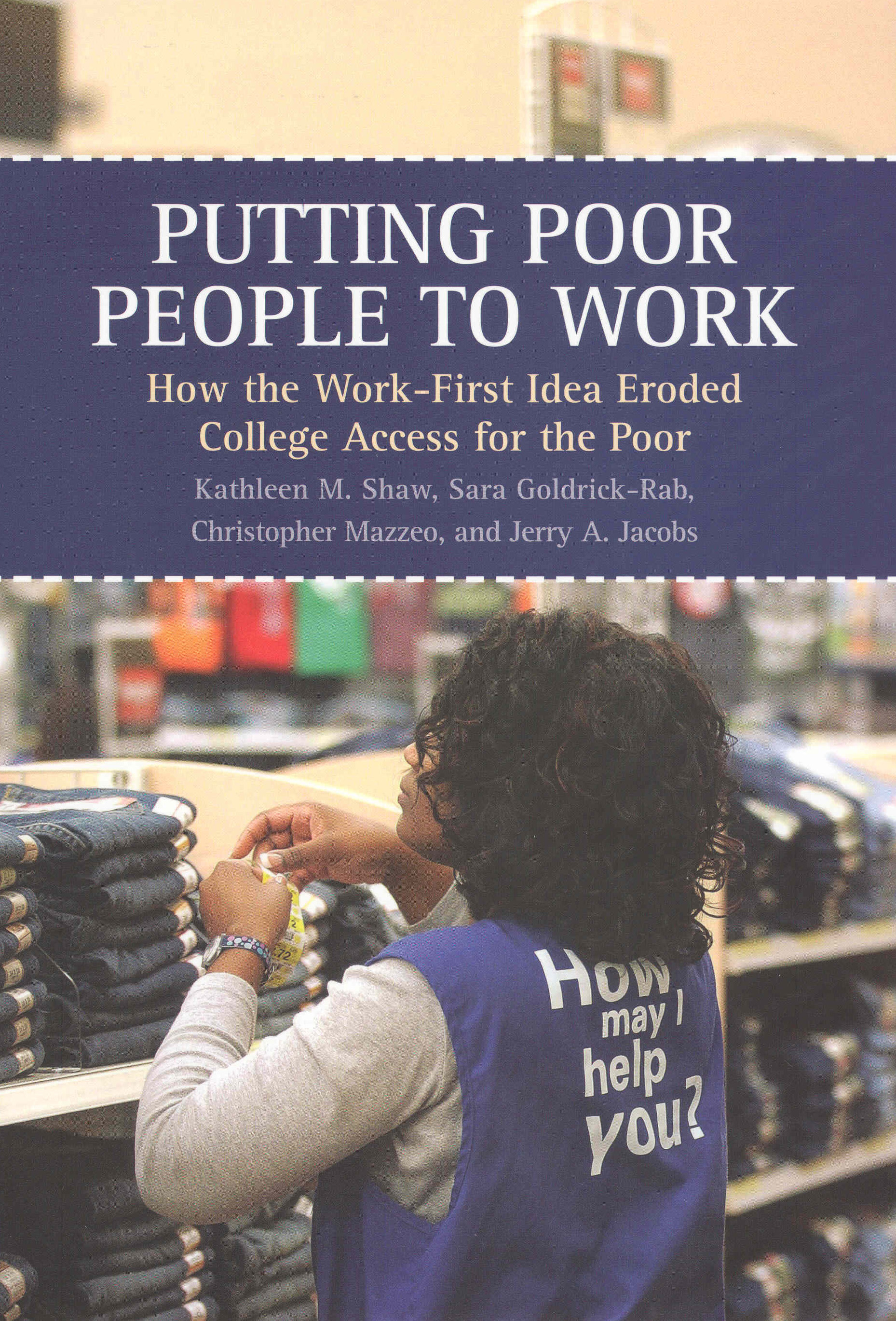 Today, a college education is increasingly viewed as the gateway to the American Dream—a necessary prerequisite for social mobility. Yet recent policy reforms in the United States effectively steer former welfare recipients away from an education that could further their career prospects, forcing them directly into the workforce where they often find only low-paying jobs with little opportunity for growth. In Putting Poor People to Work, Kathleen Shaw, Sara Goldrick-Rab, Christopher Mazzeo, and Jerry A. Jacobs explore this troubling disconnect between the principles of “work-first” and “college for all.”

Using comprehensive interviews with government officials and sophisticated data from six states over a four year period, Putting Poor People to Work shows how recent changes in public policy have reduced the quantity and quality of education and training available to adults with low incomes. The authors analyze how two policies encouraging work—the federal welfare reform law of 1996 and the Workforce Investment Act of 1998—have made moving people off of public assistance as soon as possible, with little regard to their long-term career prospects, a government priority. Putting Poor People to Work shows that since the passage of these “work-first” laws, not only are fewer low-income individuals pursuing postsecondary education, but when they do, they are increasingly directed towards the most ineffective, short-term forms of training, rather than higher-quality college-level education. Moreover, the schools most able and ready to serve poor adults—the community colleges—are deterred by these policies from doing so.

Having a competitive, agile workforce that can compete with any in the world is a national priority. In a global economy where skills are paramount, that goal requires broad popular access to education and training. Putting Poor People to Work shows how current U.S. policy discourages poor Americans from seeking out a college education, stranding them in jobs with little potential for growth. This important new book makes a powerful argument for a shift in national priorities that would encourage the poor to embrace both work and education, rather than having to choose between the two.