A Sociological Analysis of Religious Change 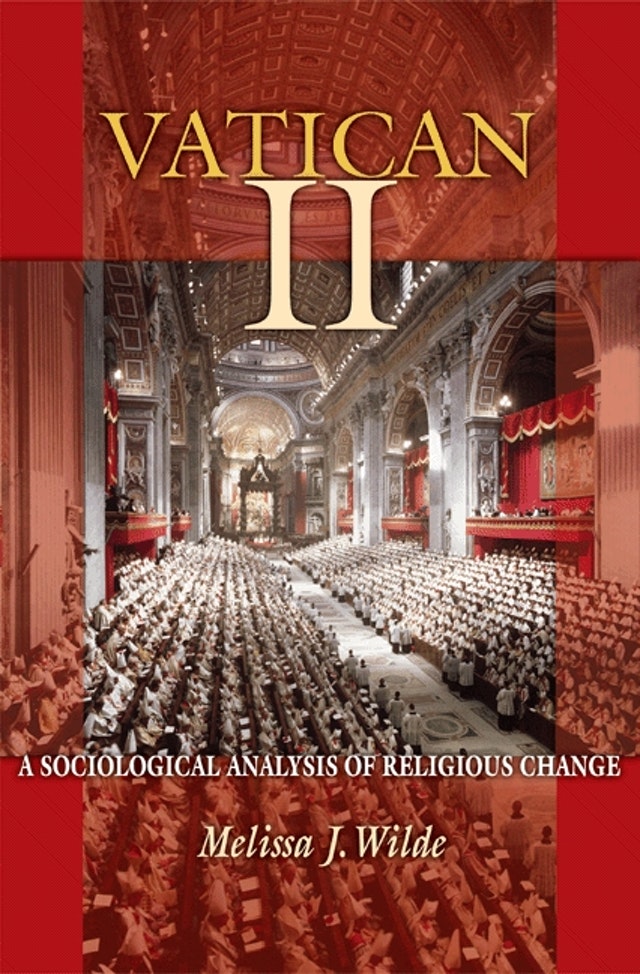 On an otherwise ordinary Sunday morning in 1964, millions of Roman Catholics around the world experienced history. For the first time in centuries, they attended masses that were conducted mostly in their native tongues. This occasion marked only the first of many profound changes to emanate from the Second Vatican Council (1962-1965). Known popularly as Vatican II, it would soon give rise to the most far-reaching religious transformation since the Reformation.

In this groundbreaking work of cultural and historical sociology, Melissa Wilde offers a new explanation for this revolutionary transformation of the Church. Drawing on newly available sources — including a collection of interviews with the Council’s key bishops and cardinals, and primary documents from the Vatican Secret Archive that have never before been seen by researchers — Wilde demonstrates that the pronouncements of the Council were not merely reflections of papal will, but the product of a dramatic confrontation between progressives and conservatives that began during the first days of the Council. The outcome of this confrontation was determined by a number of factors: the Church’s decline in Latin America; its competition and dialogue with other faiths, particularly Protestantism, in northern Europe and North America; and progressive clerics’ deep belief in the holiness of compromise and their penchant for consensus building.

Wilde’s account will fascinate not only those interested in Vatican II but anyone who wants to understand the social underpinnings of religious change.