In Remembrance of Samuel Klausner, Ph.D. 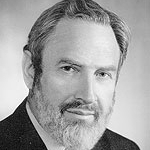 In remembrance of Samuel Klausner

Samuel Zundel Klausner, a prominent sociologist and professor emeritus at the University of Pennsylvania whose guiding life principles were informed by his commitment to Judaism and Jewish-Arab relations, died on December 27th at his home in Philadelphia. He was 98.

Klausner was born in Brooklyn, NY on December 19, 1923. In 1947, Klausner earned a Bachelor's in Mathematics from New York University, before going on to earn a Doctorate in Education and a Ph.D. in Sociology, both from Columbia University. He was also a certified clinical psychologist in both New York State and the District of Columbia. In the 1960s, Klausner was recruited to the University of Pennsylvania's Department of Sociology, where he taught for 30 years, until his retirement in 1996. He also taught at universities in the Middle East, including the Hebrew University in Jerusalem, where he taught in Hebrew; Al-Mansoura University in Egypt; and Muhammad V University in Rabat, Morocco, where he taught in Arabic.
Over the course of his academic career, Klausner authored 10 books on a diverse range of subjects, including Alaskan Eskimos and alcohol-related violence, and why men take risks. Much of Klausner's work focused on Jewish subject matter, including a comparative study of Jewish and Muslim dietary laws, as well as a book on the experience of Jewish MBAs in corporate America.

As an academic, Klausner was known to be experiential in nature. When conducting research for his book, Why Man Takes Chances, a study of stress seekers published in 1968, he jumped out of an airplane while his second wife was pregnant with their first child. While conducting research for his book, Eskimo Capitalists: Oil, Politics, and Alcohol, Klausner stayed in Point Barrow, a headland on the Arctic coast, for six months at a time, living among the Inuit community. To provide some "comforts from home," Klausner brought along his own Hebrew National Salami, given that whale blubber, the local Inuit delicacy, was not kosher.
Klausner was fluent in eight languages, including Hebrew, French, Arabic, Yiddish, Dutch, Spanish, and Aramaic. At the time of his death, he was completing a book on the Machal, the American and Canadian volunteers who fought in Israel's 1948 War of Independence.
In 1992, Klausner married Roberta Sands, also a professor at the University of Pennsylvania.